HOW THEY WERE EVERYTHING STARTED ... :)

Today we know that rubbing the clitoris did not cure hysteria, and wealthy patients in the Victorian era went to the doctor to receive the pleasure they did not experience at home.

The success of the device was unbelievable, it soon left the doctor's offices and could be bought for home use. Pleasure was in the hands of women themselves. Initially, they were large, rather complicated machines for electricity and batteries, consisting of pedals, water turbine and engine. The speed range was from 1,000 to 7,000 pulsations per minute, and therefore their price in 1904 ranged between $ 15 and $ 200, depending on the model. Some of the first models were very expensive, such as "Chattanooga", which was sold for two hundred dollars at the end of the 19th century.

It was the fifth electrical device used in households, right after the sewing machine, fan, coffee machine and toaster. He also overtook a vacuum cleaner and an iron for several years.

In 1917, they were already widely available in the USA, also in mail order sales. They became so popular that they were included in the set for home appliances, such as a vacuum cleaner or a mixer. Not without a reason - in the end, not so long ago, first of all women used them. Gentlemen for many years were unaware of what these devices are really :)

Modernized version of the sex machine from 1891 under the name MANIPULATOR: 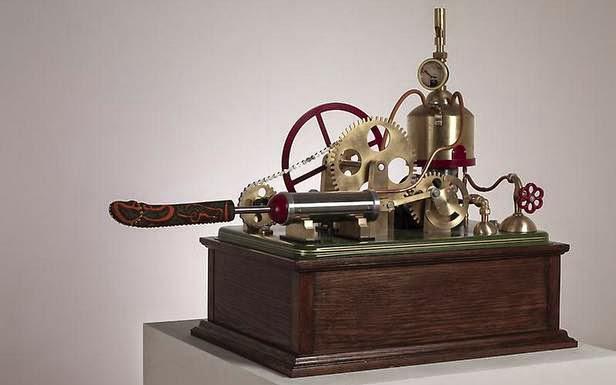 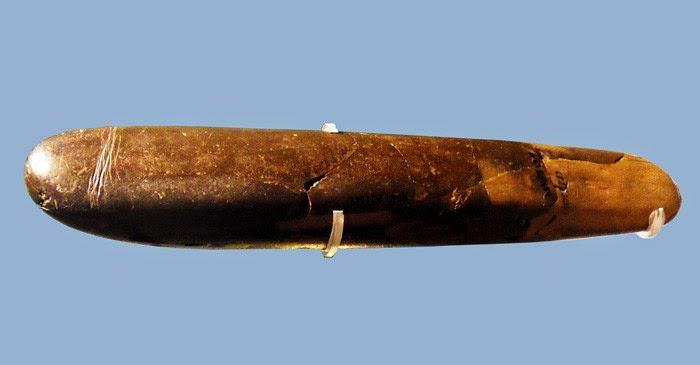 Archaeologists have also discovered a stone penis from before 6,000. years around Israel. However, also in this case - its use raises doubts. He was probably associated with the cult of fertility and was a symbol of harvest. A similar stone object was discovered in Sweden and in the USA in the state of Maryland. We can only speculate on the use of each of them. 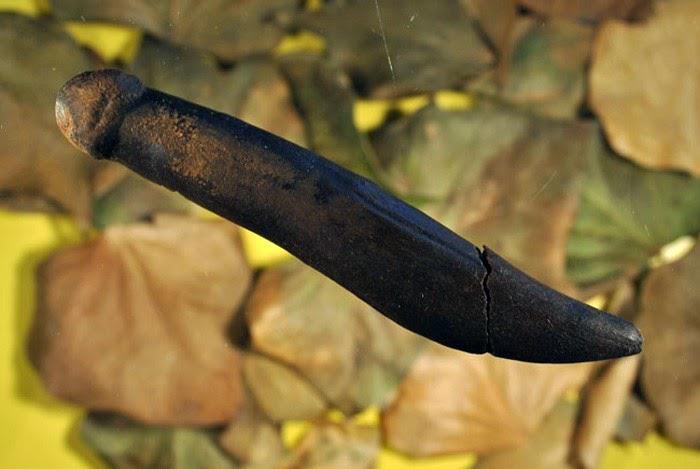 A stone phallus found in Sweden. Currently - an exhibit at the National Heritage Board museum

As we can see, there were several precursors of the modern vibrator. However, the discovery of this invention took a long time. More or less in the 14th century, hysteria was a rather common disease among women. It showed abdominal pain, breathlessness, anxiety and insomnia. Due to the fact that the diagnostic tools were not available at that time - doctors invented the strangest causes of the disease. Hysteria was supposed to cause a wandering of the womb inside the body. She wandered the body in search of moisture - when it reached her head - it caused dizziness. The remedy for this was to satisfy women using wooden vibrators, or - vegetables and fruit.

In the later Middle Ages, such practices were completely forbidden. All the feminine afflictions were dangerous diseases, and any evidence of bodily pleasures was evidence of fraternizing with dark powers. So the treatments have completely changed: either exorcism or burning at the stake.

Vibrators returned to favor only in the nineteenth century. They were used primarily in doctors' offices, where they were treated with previously mentioned hysteria. Inventing devices that can cure hysteria without the help of a doctor - it meant more time and money for him. 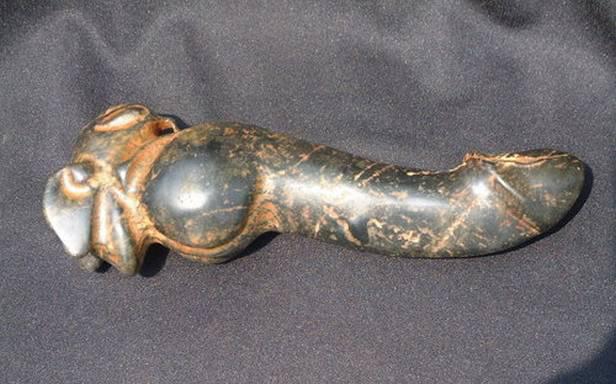